With the cost of each single case of lameness more than £300, an automatic footbath is an inexpensive investment to ensure every cow receives the best preventative care.

We installed our 3.7m HOOFCOUNT Excel Footbath 5 years ago and have found it to be good and reliable at keeping the cows feet clean and healthy. Set to wash after 170 cow passes, the cows walk through the bath twice a day. We use 2% formalin and out HOOFCOUNT footbath has helped control digital dermatitis as we now have no instances. 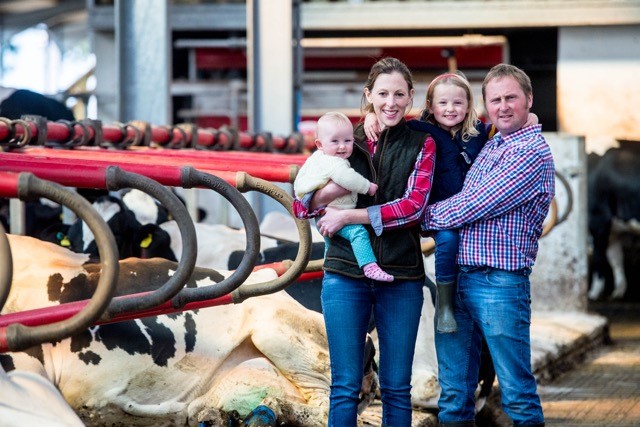 “Shortly after investing in four robotic milking systems,we decided that installing 4 automatic Hoofcount footbaths was essential.  We are delighted with our decision and the support we got from a Welsh government grant. We initially bought four plastic troughs, but with an endless flow of cow traffic through the robots, they were continually walking through slurry. We had a bit of Digital Dermatitis but we could see it was starting to get out of control.

Since installing HOOFCOUNT footbaths which are set to empty and refill after every 120 cows, we’ve seen a big difference in foot health – Digital Dermatitis has been significantly reduced  Our foot trimmer comes every month; nowadays his role is more preventative – he’s able to see more cows to prevent more problems and in turn, improve overall herd welfare”.

“Investing in an automatic Hoofcount footbath in 2018 was one of the best things we’ve bought for the farm; if only we’d decided to buy one sooner. It’s made such a difference to the cows’ feet. Digital dermatitis incidences within the herd have diminished from around the 25% rate to virtually zero.

We used to have a footbath that required manual emptying and filling, and when we were busy, it was one of those jobs we never got around to. Nowadays, the cows are walking through the formalin solution after milking that’s been replenished every time beforehand. Whilst the foot trimmer still comes once every four to six weeks, it’s now for routine work, before he was treating cows, putting on clogs and bandages – you name it. The automatic footbath is helping us to keep on top of digital dermatitis, save money and improve herd welfare. “

Feedback you can count on!

Towards the end of 2019 John Mason of Nearer Hillock Farm asked for our help in locating the best place for a footbath. Very often customers tell us that they need a footbath for the wellbeing of their herd but simply ‘don’t have the space or anywhere for it to go’. And this is where we come in! We do ‘custom/bespoke as standard’. We make the bath to fit the farm. The introduction of an automated footbath should not interfere with any system or routine already on the farm. We often support farmers when cosidering the following:

At Nearer Hillock Farm we needed to consider almost all of these things and the most effective place for the footbath was on the re-entry to the cubicle house. The bath installed is 2.4m long and 800mm (internal) wide. The bath was set to change with every 140 cow passes and set up using Hoofcount ‘Extra F’ footbath solution at a varied rate throughout the week.

Installed February 2020, what’s been the impact on his herd?

We were delighted to hear positive feedback from Mr Mason at the end of last month after the footbath had been in action for just 5 weeks.

He reports that ‘Digital Dermatitis is more or less gone’, and ‘just a few lesions that are drying up by the day now’. John Mason

See how the Hoofcount Footbath impacted this Canadian Farm.

Kevin Jones says investing in an automatic Hoofcount footbath is helping him to stamp out digital dermatitis in his family’s 380 cow Flintshire based pedigree Holstein herd.

“We used to use two plastic footbaths but they were a nightmare; every day we had to tip out what was a soup. We were getting more and more cows with lesions; we were washing foot lesions daily in the parlour, and then drafting these cows in to the crush to treat with terramycin and then bandage.“

“Two years on from installing the Hoofcount footbath at the parlour exit and we’re just getting the odd incident to treat. Twice a day they’re walking through a clean footbath with the right depth of solution. The footbath has certainly helped to improve overall herd welfare and performance, and for us we’re saving time emptying the old footbaths and lifting feet.“

“And to help minimize risk and stem any issues before the replacements come in to the herd, we’re now running the maiden heifers through the Hoofcount foothbath twice a week.”

Clwyd dairy producer, Mike Done has reduced digital dermatitis within his family’s 200 cow herd from up to 50 cows per month requiring treatments to less than 1% per month over a focused two-year period.

“We’re aware that once digital dermatitis is present in the herd, then it’s almost impossible to totally eradicate, however our focused programme that featured the Blitz approach – combining treatment with footbathing which turned active lesions into dormant ones, keeping them dormant and preventing infection spread, has been a massive success, however we continually monitor the herd in order to keep on top of the situation,” says Mike who manages Asney Park Farm, near Wrexham, an organic unit with his sons, Matthew and Thomas.

Working with their vet, Dalesend Veterinary Group’s Guy Tomlinson, the Dones began the campaign to stamp out digital dematitis by weekly power washing the milking herd’s feet to identify lesions and then treat the next day with oxytetracycline spray. The treatment was carried out for three to five days until the lesion became dormant.

Next they invested in a new automated Hoofcount footbath. “We had Welsh grant funding and it made a significant difference to control,” Mike explains. “The 3.7m long footbath installed at the parlour exit automatically empties and refills after 200 cows have walked through it. Nothing easier than having to do nothing,” he says. The 2.5% formalin, copper and zinc sulphate foot solution is sufficiently deep to cover the whole foot and the bath is long enough for each foot to be dunked at least three times.

“Apart from any cows which were receiving antibiotic treatment, the entire milking herd was put through the footbath four times a week, and dry cows once weekly. Towards the end of two years, digital dermatitis levels were below our target of one case per month.”

After installing 3 Footbaths into a purpose built new robot unit, hear what the Eccles family have to say about the difference HOOFCOUNT have made to their herd

What our farmers have to say: 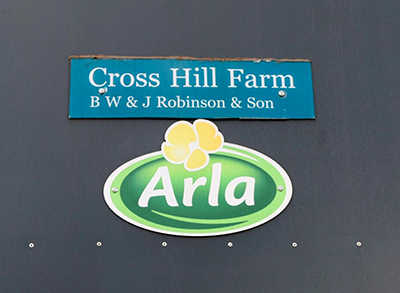 We milk 250 cows on 4 robots, the Footbaths have been in 6 months, and we have noticed a drop in Digital Dermatitis from 40% to 5% in that time. We use the two chemical pumps by putting 3% formalin through one and 1 ½ % Hoofcount Extra F through the other. The cows usually go through this 3 times a day.
– Mark Robinson, Cross Hill Farm, Treales (250 cows) 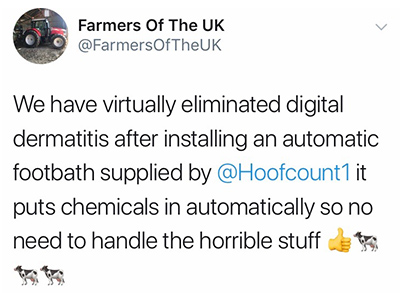 We have virtually eliminated Digital Dermatitis after installing an automatic footbath supplied by Hoofcount. It puts the chemicals in automatically so no need to handle the horrible stuff.
– Richard Roberts, Flintshire (280 cows)
– Oliver Parkinson, Rolling Pin Farm, Preston (200 cows) 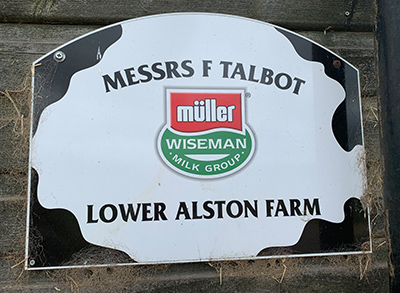 We installed 3 Hoofcount Footbaths in 2014 and after seeing a big improvement in Hoof health and decrease in Digi, we decided to install a 4th in 2018. We have one Standard bath per robot.
– Dave Talbot, Lower Alston Farm, Ribchester

“We always aimed to setup the footbath every Monday but it often didn’t happen. Now the hoofcount is set on automatic the foot bathing takes care of itself and it is a part of the cows daily routine. With the hoofcount footbath we are getting on top of the lameness issues in the herd.”
Jim Parkinson, Preston (180 cows)
“Putting too many cows through the same solution meant the footbath was less effective for the cows that needed it the most. With the hoofcount set to change the solution every 150 cows and using formalin every day we have completely eliminated digital dermatitis.”

Tom Dodgson, Skipton (420 cows)
“We installed a 3 metre long hoofcount footbath in the exit race from the parlour, within 6 months we have seen a massive decrease in the number of lameness issues in the herd. Our Digital dermatitis has disappeared which before hoofcount was having a big impact on our herd.”

Get news and updates when it counts